Reading “A Voyage for Madmen”

Sailing a yacht around the world alone – means, singlehanded – may be a common thing in our modern times: Brand new Class 40-yachts (of which you may read a full article here) with a clever layout make it possible for “every” skilled skipper to have the globe circumnavigated alone. Which of course does not necessarily mean that circumnavigation is easy, but compared to a time – let´s say – some 50 years ago it seems like a no-brainer.

GPS-satellite navigation, real-time weather forecasting and last but not least computer aided wind-pattern prediction with course-plotting by artificial intelligence is something, nine men haven´t been dreaming about when they did cast off and set sails to dare going around the globe alone. In small boats. That´s what the Golden Globe Race around the World of 1969 initiated by the Sunday Times of London was all about. As the cover of the book reveals: “Nine men set out to race each other around the World. Only one made it back.”

I came on to this particular story by reading the amazing – yet shocking, moving and very intense – tragedy of Donald Crowhurst which was really griping and in a way changed my life forever. If you seek a book that should touch your inner most – there you go. By reading Mr. Crowhurst´s story I got knowledge of the Golden Globe Race, an event unheard of until that time when the London-based newspaper Sunday Times offered a prize for the first and the fastest circumnavigation single handedly. I read two more books because this enterprise was so big and the adventure so absolute that I wanted to read more and more. 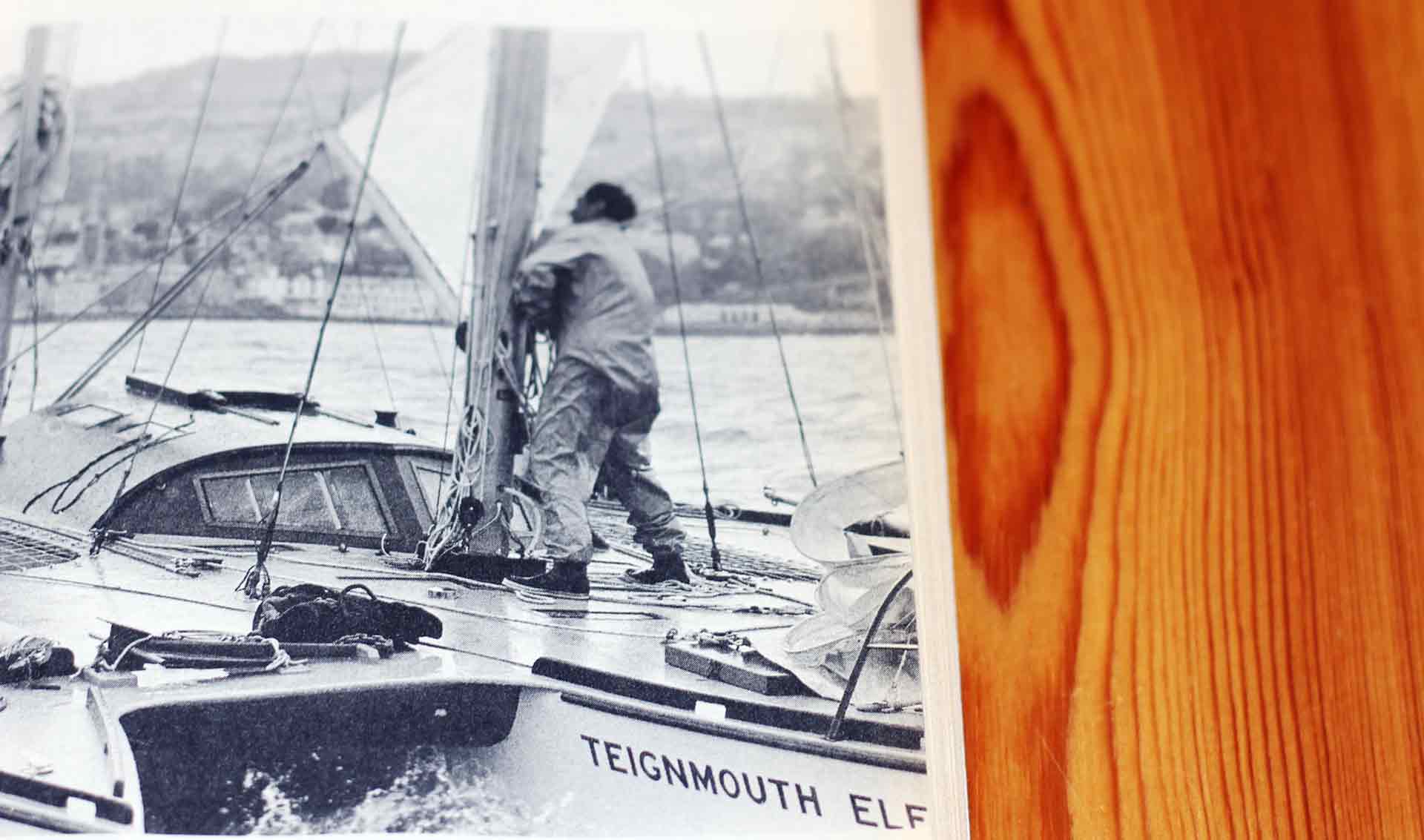 “A Voyage for Madmen” by renown writer and skilled sailor Peter Nichols has been written in 2001, not so long ago. This book is what I was finally seeking after having read three books on the Golden Globe Race: It delivers the full story of this race, portrays all of the nine men and tells their stories from their respective prehistories, how the men came to participating in that race, draws a picture of their abilities and their boats as well. When the first one, John Ridgeway in ENGLISH ROSE IV casts off in June 1968, the story unfolds – it gains momentum, accelerates and won´t come to rest until … well, you´ll read by your own.

The story is as simple as it is complex: Peter Nichols manages to jump between the nine characters so easily that the reader won´t lose orientation where and when the story is at the moment. Following the timeline straight and linear the reader learns that when most of the sailors have been underway some of them still remained in harbors to more or less hastily prepare their boats for the voyage: Such as Donald Crowhurst in TEIGNMOUTH ELECTRON or Bill King in GALWAY BLAZER II. It´s this switching between the high seas – sometimes calm and boring as with Robin Knox Johnston and sometimes inflamed by storms – and the cozy atmosphere of Britain in the Sixties is what makes reading this book worthwhile and diverting. On one page you find yourself in the midst of a Southern Ocean´s depression and one skip later you may smell the tobacco and ale impregnated atmosphere of a harbor´s pub in England.

One by one the nine men cast off and Nichols follows their paths. He can do so by having read all the book written by or about the sailors and casting a new web by merging the timelines and the respective events. Reading through the “Sources”-section at the end of his book lists not less than 13 books on the sailors, a handful more on heavy weather sailing and singlehanded circumnavigation. When reading the books of or about one particular of the nine men may prove to be very intense and detailed, I find it highly interesting to get the broader picture by Nichol´s book.

As I know how the Golden Globe Race around the World ended the true suspense cannot be the end of this race. Nor is it how each of the men performs since this is also knowledge I already possess. For me, the most griping passage have been the last few pages, right after Nichols takes us aboard TEIGNMOUTH ELECTRON to witness Mr. Crowhursts last entries in his logbook, driven by insanity, despair and complete breakup of his mind as he commits suicide and in contrary the glorious homecoming of the winner, Robin Knox-Johnston in his 32 feet SUHAILI. Because here I´ve learned something really new. 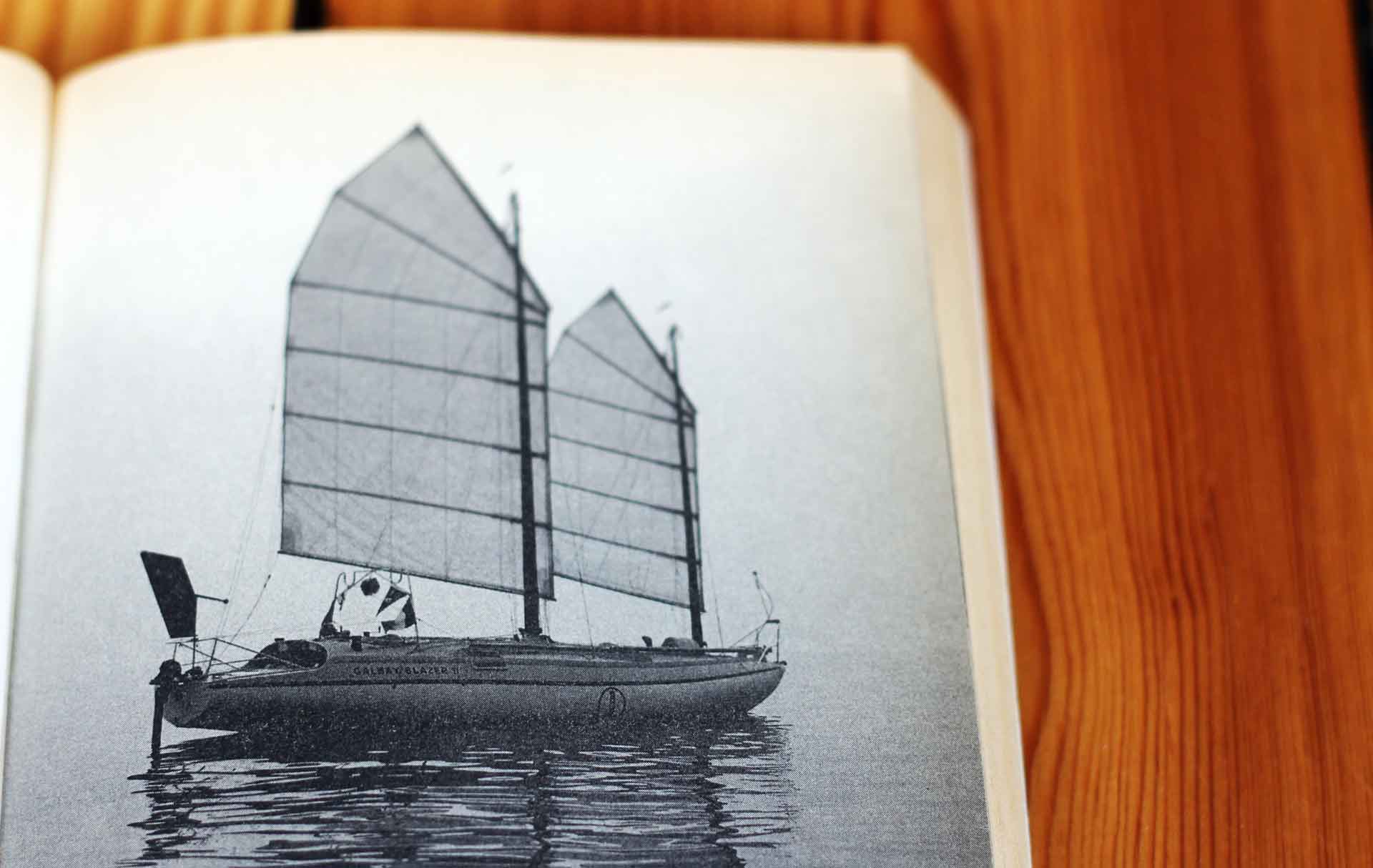 It´s the fate of Nigel Tetley, another tragic figure in this great play. His trimaran VICTRESS came apart and went down to Davy Jones a thousand miles from home after having successfully circumnavigated the globe, ridden out some severe storms in the feared Southern Ocean and rounding the three capes – what a mess. Tetley built another one and tried to go around a second time in 1972 and was desperately looking for sponsors. After some 2.000 letters written to potential financies without success his body was found hanging from a tree in a forest near Dover. I guess, his book “Trimaran Solo” is one I should read in the future too.

Three other Books on the Golden Globe Race

When “A Voyage for Madmen” is a fast, diverting and very exciting read, it can only deliver an overview on the events – some 13 months multiplied by nine persons would comprise a huge book nobody could be able to grasp anymore. If you are interested in some more details, I can recommend “The Strange Last Voyage of Donald Crowhurst” which you may read a review of here, “The Long Way” by Bernard Moitessier who, leading the race and sure winner of the Golden Globe, refused to sail home and went to a second round just to finish it in Tahiti, and finally “A World on My Own” by the winner Sir Robin Knox-Johnston.

All three books have their own character, their own suspense and style of telling the story, all three do teach a lot on seamanship and adventure, on brave sailors and lost souls and all three manage to catch our imagination – leaving Crowhurst´s story from my point of view as the most griping and touching of them all.

Previous Post Yacht´s Lavatory: My Plans for the Head.
Next Post Chronometer, Barometer & Co: A Day at Wempe